The A.G.E. Pill’s super-nutrients help your body remove glycation and lipofuscin while providing ATP-boosting biological hydrogen. This supports the slowing and even reversal of the cellular decay and degeneration that leads to aging. 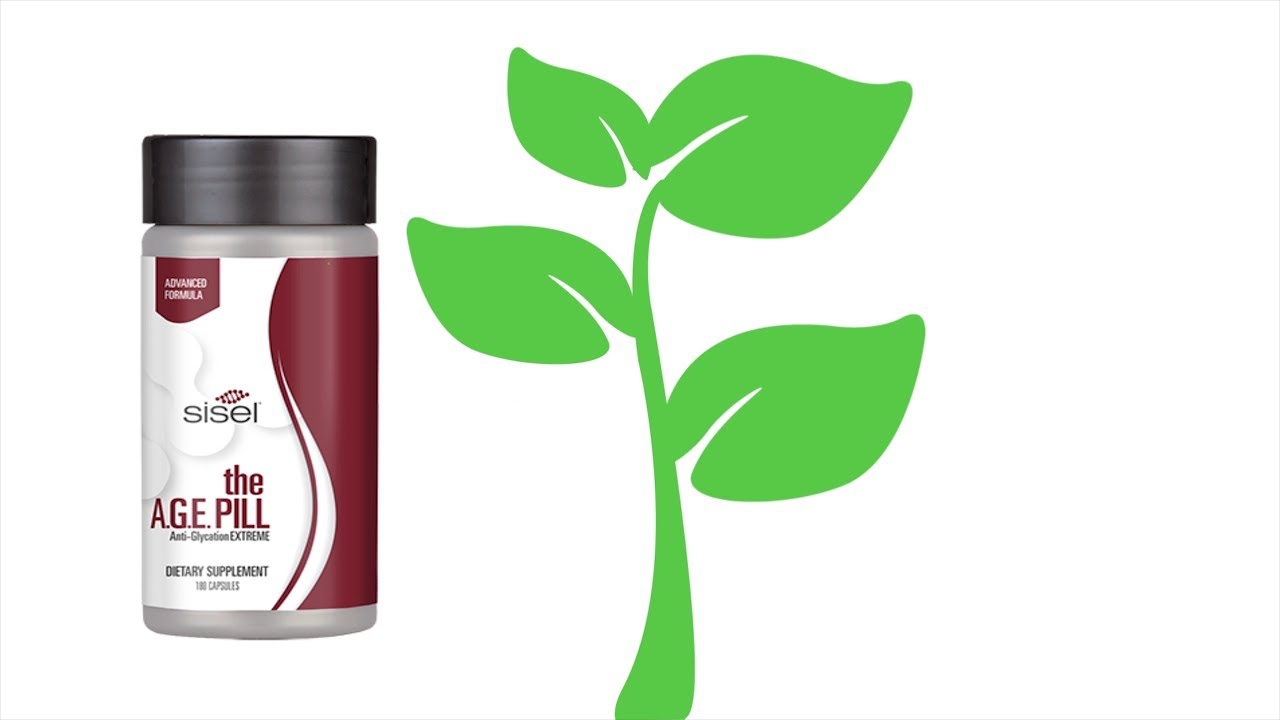 Support the fight against aging

The highly advanced A.G.E. Pill formula may be the most incredible product in the history of anti-aging nutraceuticals; providing a unique blend of powerful super nutrients that support the fight against aging by promoting a youthful biology, repairing damaged DNA, and making you feel younger and more energetic – for a potentially longer and healthier life. Human trials are currently underway to explore these outcomes further.

Have you ever watched children play? They are full of such incredible energy and enthusiasm. Even when they fall they jump back up and keep going. What if we could bottle up all that energy? The elusive fountain of youth may be much closer to reality than ever before.

As children, we had a seemingly endless supply of energy. This energy is derived from metabolizing glucose sugars in our cells. As our bodies break glucose down with oxidation to release the energy that powers all of the cells in our body, a plaque-like residue is created. This residue—known as glycation end products accumulates over time, depositing an inhibiting coating over the proteins that repair our DNA, thereby reducing optimal performance, and normal mitochondrial function.

What if you got some help?

Lipofuscin is the cellular sludge left over from the processes the cell utilizes to maintain itself, to rebuild new cells, and to perform other functions that only stem cells can do. This cellular garbage, lipofuscin, builds up within stem cells, cluttering them and greatly inhibiting normal biological functions.

What if you got some help cleaning up the cellular debris and removing much of the accumulated waste left behind by glycation and lipofuscin? Then your stem cells would be free to function at a much higher level again. Scientists theorize it will allow your body to produce energy at the levels you did when you were in your prime. In the testimonials section you can see exactly these kind of results in real people on the A.G.E. Pill.

Science behind The A.G.E. Pill sets it apart
This is what sets the AGE Pill apart from other anti-aging products, into the realm of potential youthful regeneration. The AGE Pill provides three recently discovered classes of advanced super-nutrients to provide intense support to the stem cells for:

1. Removing glycation buildup that inhibit intercellular proteins from performing their DNA repair functions
2. Supporting the stem cell’s internal system to break down and remove toxins, sludge and cellular garbage that have built up
3. Allowing a significant increase in ATP-providing biological hydrogen. This process increases electrical energy within the stem cells up to three or four times, providing a noticable increase in overall energy levels and metabolism

Want to feel like you’re in your 20’s again?

Adenosine Triphosphate (ATP) and biological hydrogen are believed to be the keys in supporting the releases of vast stores of energy that are available to your body. Your new, elevated energy can help your cells to rebuild, rejuvenate and provide an environment to work at more optimum levels. Potentially providing support to alleviate the ravages to our bodies that occur over our lifetime. Summary Aging is the result of accumulated decay and degeneration in our bodies. If we can slow or even reverse this decay and degeneration by providing the proper advanced nutrients, we should theoretically be able to slow and even reverse the effects of aging. The mission and purpose of The A.G.E. Pill is to provide super nutrients to the stem cells, which will enhance and allow the natural processes of the body to heal itself and operate more efficiently — so you can do what you want to do, and be what you want to be.

According to the AGE Pill formulator & scientist/CEO Tom Mower Sr., the AGE Pill has the ability to support 4 or more things:

1. Recondition all older cells to that of a younger person
2. Re-Activate dormant stem cells that have become senile
3. Stimulate large amounts of new stem cells to be created
4. Create massive ATP response (biological energy) equaling that of a child

This can lead to spectacular results in: weight loss, vision, hearing, blood pressure, organ repair, arthritis, diabetes, and many other issues. Within about 10 days to 2 weeks a person’s stem cells can be overhauled and repaired at the DNA molecular level.

Biomarkers from blood testing can look more like that of a much younger person. This is a MASSIVE breakthrough in anti-aging science.

UNSW researchers have made a discovery that could lead to a revolutionary formula that actually reverses aging, improves DNA repair and could even help NASA get its astronauts to Mars.

In a paper published in Science Today, the team identifies a critical step in the molecular process that allows cells to repair damaged DNA.

Their experiments in mice suggest treatment is possible for DNA damage from aging and radiation. It is so promising it has attracted the attention of NASA, which believes this new discovery can help its mission to Mars program.

While our cells have an innate capability to repair DNA damage—which happens every time we go out into the sun, for example – their ability to do this declines as we age.

The scientists identified that the metabolite NAD+, which is naturally present in every cell of our body, has a key role as a regulator in protein-to-protein interactions that control DNA repair.

Treating mice with a NAD+ precursor, or “booster,” was shown to improved their cells’ ability to repair DNA damage caused by radiation exposure or old age.

“The cells of the old mice were indistinguishable from the young mice, after just one week of treatment,” said Harvard Medical School Scientists in Boston.

Human trials of NAD+ boosting therapy began in the Fall of 2017.
This reseach has excited NASA, which is currently focused on the challenge of keeping its astronauts healthy during a four-year mission to Mars.

Even during short missions, astronauts experience accelerated ageing from cosmic radiation, suffering muscle weakness, memory loss and other symptoms when they return. On the journey to Mars, the situation would be far worse: five per cent of the astronauts’ cells would die and their chances of cancer would approach 100 per cent.

Cosmic radiation is not only an issue for astronauts. We’re all exposed to it aboard commercial aircraft, with a London-Singapore-Melbourne flight roughly equivalent in radiation to a chest x-ray. Recent studdies have show that flight attendants have a 50% higher incidence of many types of cancer from their increased exposure to cosmic radiation during their flying career.

In theory, the same treatment could mitigate the effects of DNA damage for flight attendants and frequent flyers. The other group that could benefit from this work is survivors of childhood cancers, who have been exposed to radiation treatment.

96 per cent of childhood cancer survivors suffer a chronic illness by age 45, including cardiovascular disease, Type 2 diabetes, Alzheimer’s disease, and cancers unrelated to the original cancer.

“It would be great to do something about that, and we believe we can with this molecule, NAD+”

What makes this product so interesting is that it provides the building blocks the body needs to create a molecule called nicotinamide adenine dinucleotide (NAD). This molecule plays a vital role in regulating the metabolism, mitochondrial function and energy production of human cells.

NAD production naturally declines with age, and lifestyle factors such as poor diet, too much alcohol and too little exercise can all push down the body’s NAD levels even further. Studies have shown that taking NAD+ boosting supplements can reliably increase NAD, potentially protecting against stress and degeneration at the cellular level.

Sisel AGE Pill ingredients and other nutraceuticals may not turn back the hands of time, but there’s strong evidence through past animal trials and through human trials currently underway, that a couple of capsules a day could give both mind and body the added boost they need to keep working well into old age.